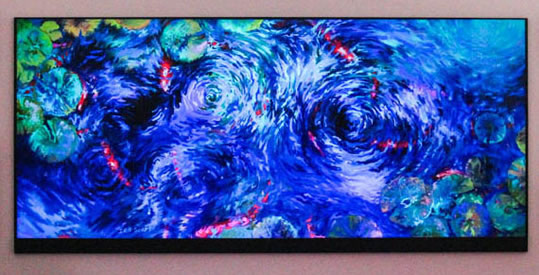 Traditionally, Microsoft isn’t known as a TV manufacturer. However, the software giant recently showed a demo at the Envisioning Center in Seattle. Visitors would surely be awed by a 120” 4k TV, which is claimed as the largest in the industry. It is used as a demo unit and displays a storytelling experience with full Kinect support.

The company said that this should be the norm in less than 10 years. Beyond its gargantuan size, the demo shows how future high-resolution, large TV sets should be connected to different technologies available inside a home. Unfortunately, Microsoft doesn’t have a plan to sell the TV to consumers.